Home » Ozco Builders Blog » Screws, Nuts, and Bolts That Won’t Rust Are Easy to Use and Remove 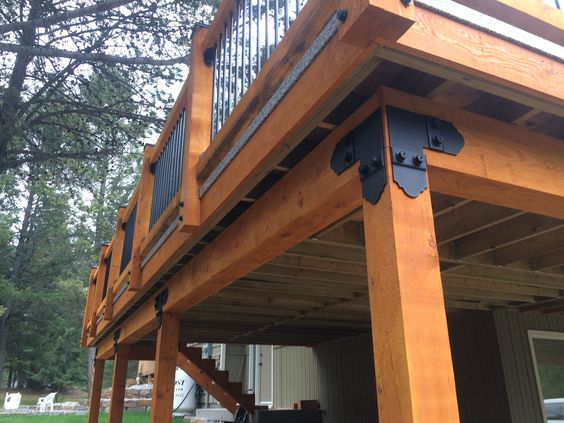 I grew up in one of the most hurricane-prone states. What that means is that I consider storms that are Category 3 and below to be the prime sleeping-in weather. They’re the Florida equivalent of a snow day. Living in this state has also created in me a deep appreciation for quality fasteners.

The reason is the 2004 hurricane season, where four hurricanes struck Florida in the span of six weeks. Even the sturdiest structures sustained damage. I spent eighteen months after the storms doing demolition and repair work as part of the recovery effort, and the first month of that period was without reliable access to power or power tools. It boiled down to using two large crescent wrenches to twist off nuts that had rusted onto their bolts. Quite often, the shaft of the bolt would shear through before the rusted nut would budge, and this would still be quicker than trying to get through a 6×6 with a handsaw. The experience left me with a deep appreciation for screws, nuts, and bolts that don’t rust–I learned that something as simple as a nut that would actually turn could save hours of hard work.

Why Your Project Can Benefit from Rust-Free Fasteners

Hardware that won’t rust is important for more than removing damaged structures in hurricane-prone areas. The reason is that wooden structures don’t decay evenly. There are many factors that affect each element of a wooden structure will last. An owner can find themselves looking at sun-blasted rafters and beams on an otherwise perfectly good pergola, or the inverse, where a post has become unsound while the rest of the structure continues to look good. Swapping out any single wooden element or group of elements should be a relatively straightforward task, but when dealing with damaged, rusted fasteners it becomes an ordeal. To make things worse, modern pressure treated lumber can actually corrode fasteners, so it’s important to choose the right fastener for your ACQ pressure treated lumber project.

Another reason to choose nuts and bolts that won’t rust is the tendency to overuse fasteners. Using lots of screws and bolts might make the builder feel better about his creation’s strength or about potential liability issues, but it makes repairs miserable. When pulling a beam from a post, you may be confronted with three out of five nails having their heads pull off, leaving the shank of the nail stuck in the wood, where it will have to be removed with a pair of pliers since you’re trying to save the beam. This can cause unbelievable delays in completing repairs. The situation is even worse if those rusted fasteners with the broken heads are screws, as they’ll have to be carefully, and time-consumingly, twisted out with a pair of vise-grips. For all of these reasons, any project–not just the ones threatened by hurricanes–can benefit from long-lasting fasteners.

Your standard fasteners, be they nails, screws, or bolts, are prone to rust, which is a chemical reaction in which oxygen in the air bonds with a metal. In iron, this is especially problematic because of the rust flakes off, degrading the strength of the fastener and actually expanding its size. This can cause the material it is in to split.

To prevent this, most steel is galvanized–coated with zinc–to protect the metal beneath. Zinc acts as a sacrificial coating, protecting the steel as it very gradually wears away. However, certain conditions–such as exposure to salt spray–can create a current between the steel and zinc that causes the zinc to corrode quickly, shortening the life of the protective zinc coating. Once the zinc wears away, the bare steel nail will rust quickly.

When builders or homeowners are serious about finding nails, screws, and bolts that won’t rust, copper or stainless steel fasteners are often recommended.

Since they’re made of softer metals than galvanized steel, with both these types of fasteners it’s easy to micro-weld the nut to the bolt through the friction created by turning the nut, ruining both the nut and bolt. Similarly, it’s easy to bend a nail or strip the head of a screw when using fasteners made of these metals. This ruins a good fastener made of an expensive material.

A better option is a steel fastener with a non-sacrificial coating. One way this is done is with a powder coat. Powder coating bakes a thin coat of powder into a solid coating on a workpiece. There are also other non-reactive coatings that protect steel from atmospheric oxygen.

One example is the OWT timber screws from OZCO Building Products, which in lieu of galvanization use a proprietary rust-resistant coating that insulates the screw from atmospheric chemistry and is guaranteed not to rust. These are self-drilling screws with widely threaded tips to drill through the wood, and smooth shanks to keep from splitting the wood. They’ve performed well in structural testing and even come in extra-long lengths, up to 12 inches. OZCO also sells other corrosion-resistant fasteners and accessories, such as hex cap nuts and timber bolts, that use a black powder coat for a protected surface and a clean, attractive appearance. These fasteners will make any project faster and easier to put together, and–if necessary–easy to maintain and repair, too. 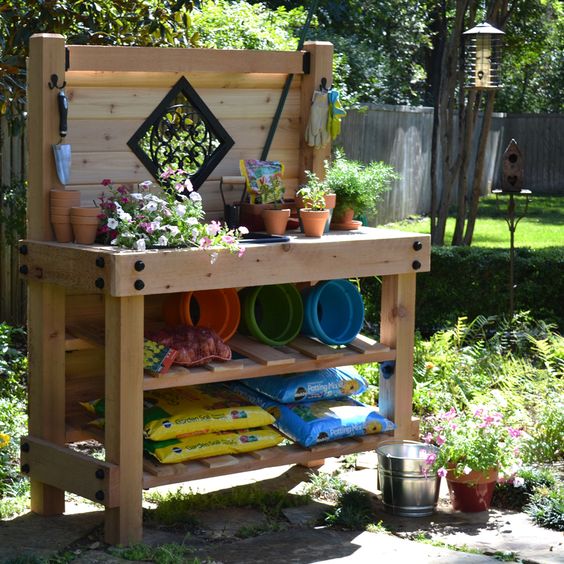 Project Plans: Must Have Garden Projects

Looking for simple yet elegant ways to spice up your garden or backyard? OZCO Garden Project Plans have a combination... 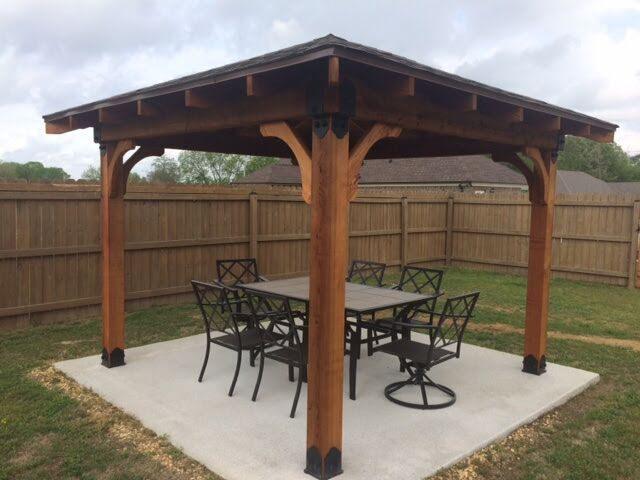 Gazebo truss brackets not only need to hold up to the outdoor environment, they need to look good as well. Recently,... 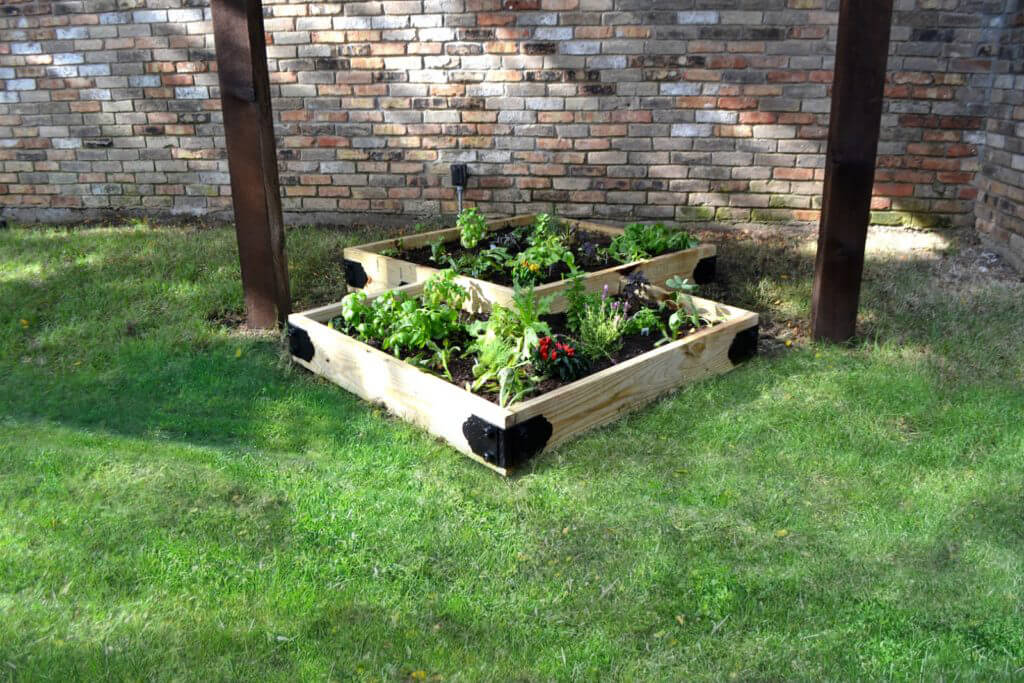 Powder coated ornamental hardware will keep your project sturdy and beautiful without leaching chemicals into the soil. I have an... 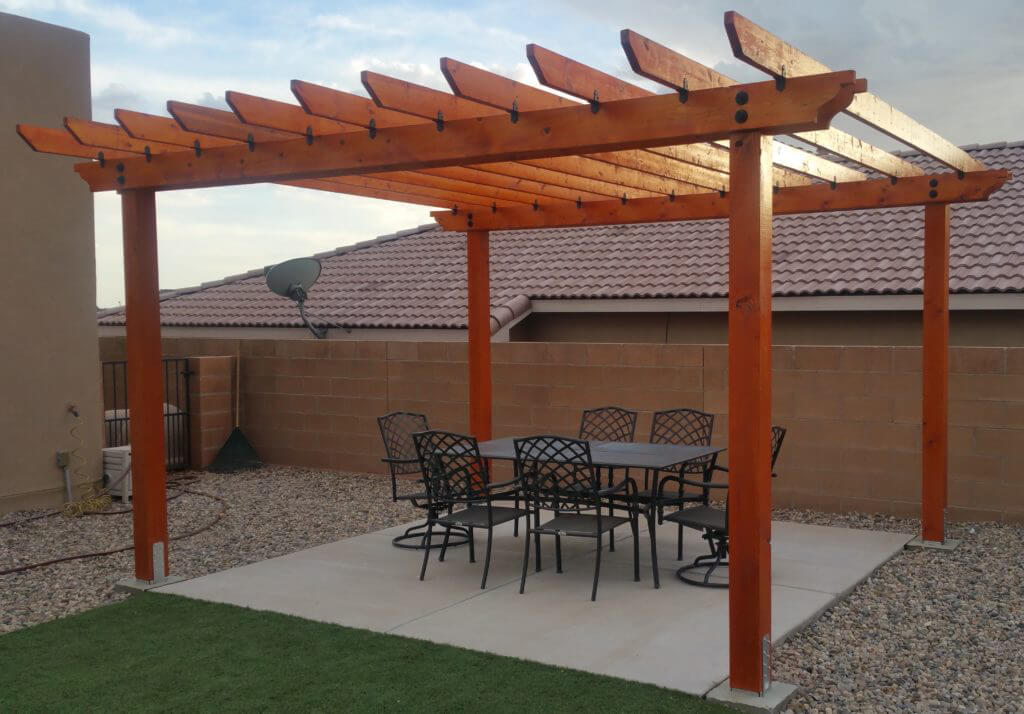 Pressure-treated lumber can be corrosive to metals, so you’ll want to choose specially-designed fasteners. It is starting to warm up outside... 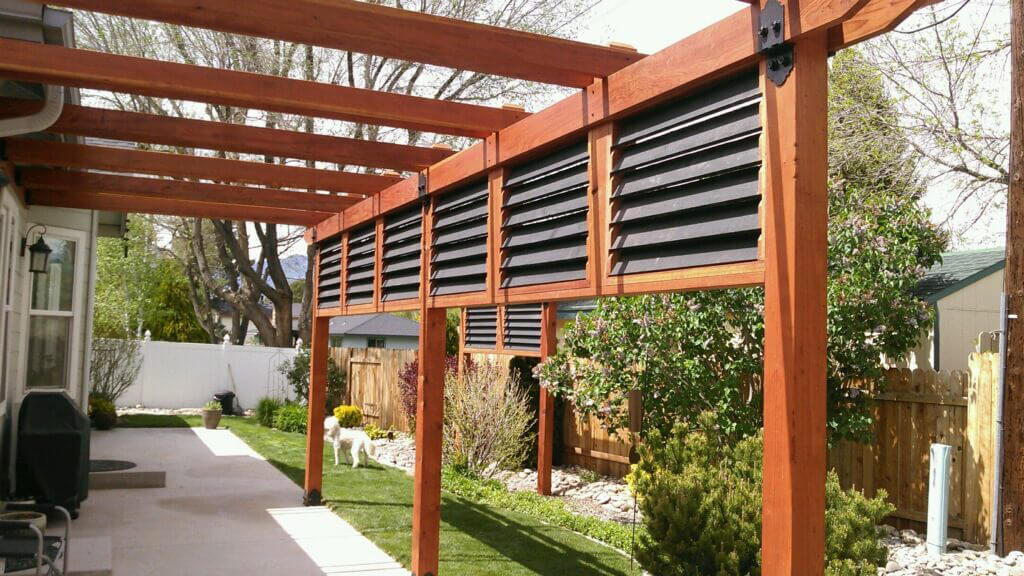 Privacy screens can shade your backyard from sun and prying eyes and take your outdoor living area to a whole... 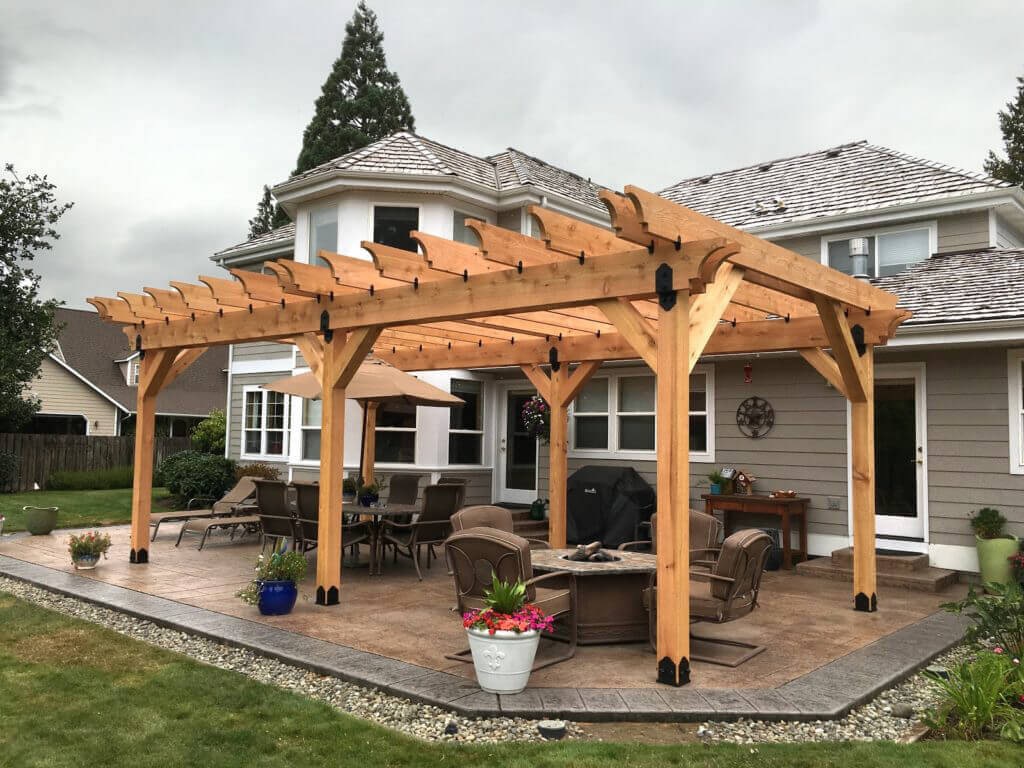 Decorative, powder-coated hardware can take your pergola to the next level, making it look more finished and elegant. I spent a... 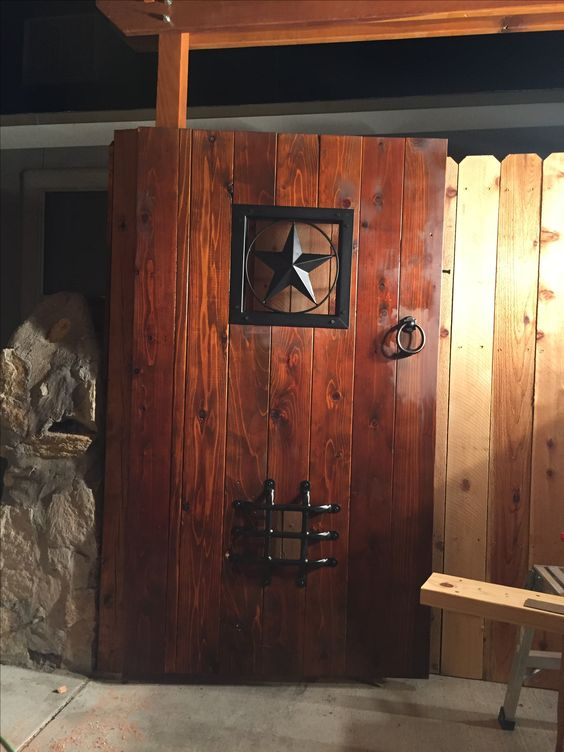 How to Dress Up a Fence: Ideas for Adding Decorations to Beautify Your Fence and Gate

Wondering how to dress up a fence that’s in need of TLC? Wood stain and decorative hardware can do wonders. ... 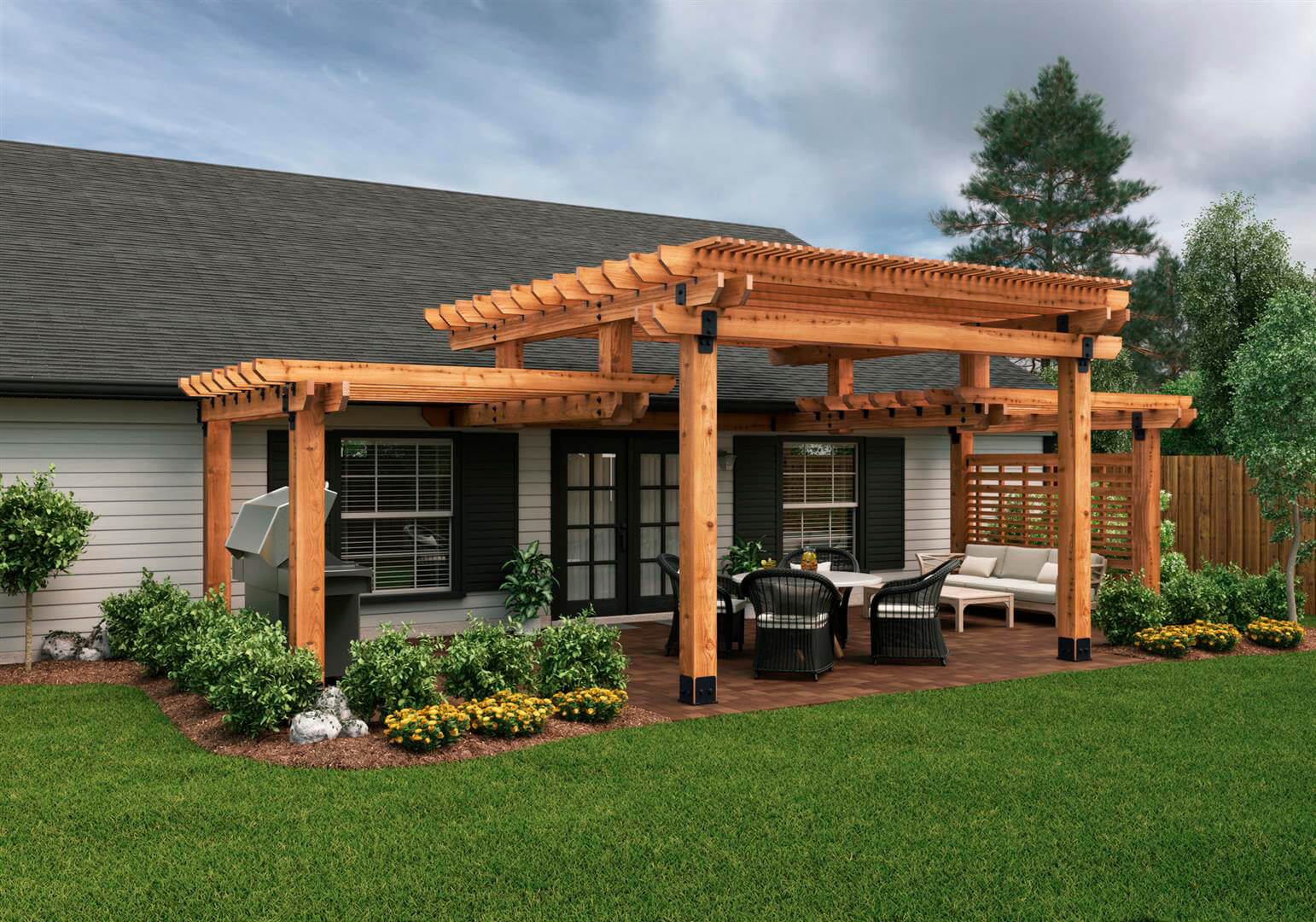 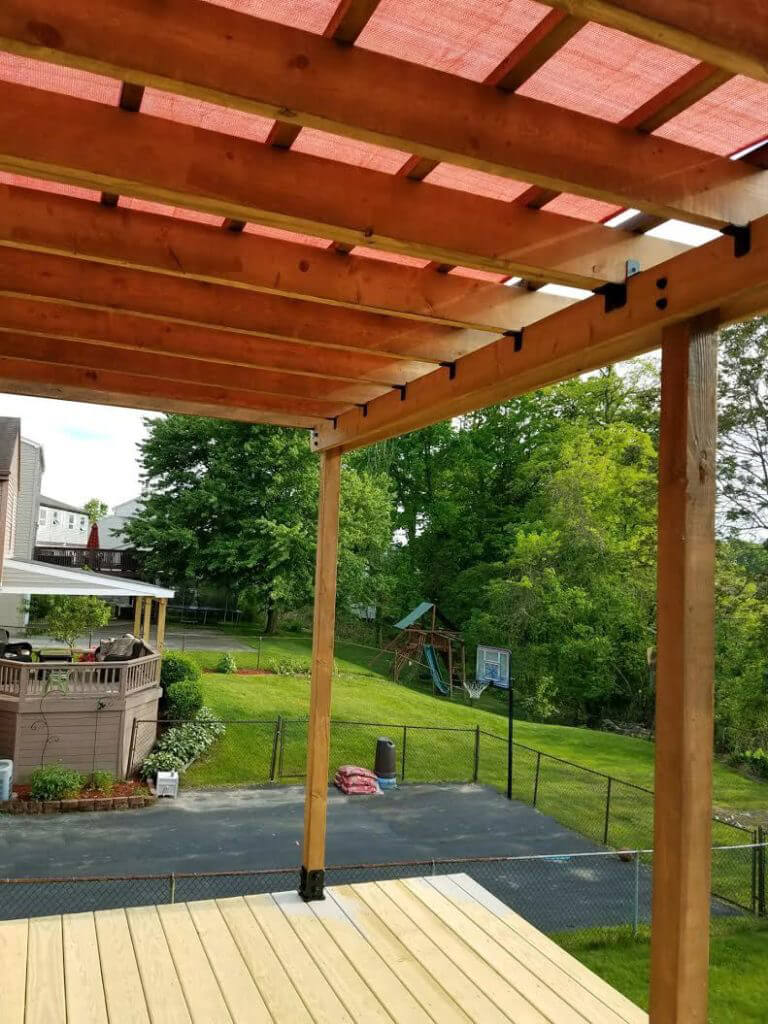 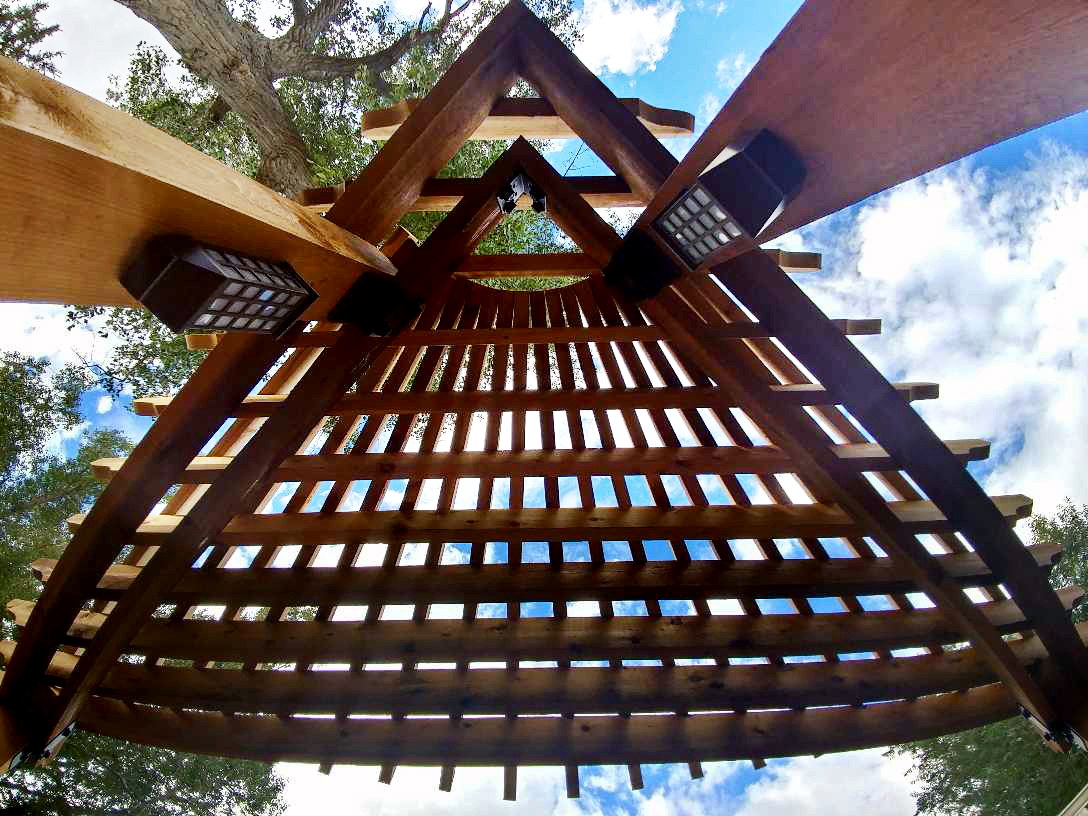 Your outdoor living space got you in a corner? We have just the corner pergola plans to fit your needs....